Place Your Pre-Oder Online or Over the Phone 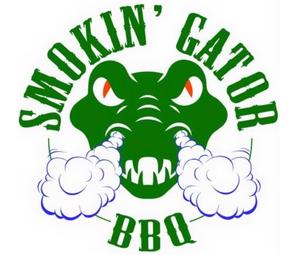 when the gator's smokin' you know we're cookin'!

how it all began 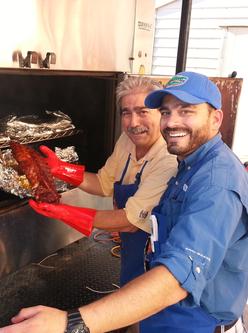 Smokin’ Gator is a father & son owned and operated mobile catering company and barbecue competition team. It all started years and years ago when Bob was about to smoke a couple slabs of ribs on a small electric smoker and he told his son, Paul, to “come outside so I can teach you something.” Neither of them knew it at the time, but that was the first step in the formation of this father & son barbecue team.

Over the years, Smokin’ Gator has fine-tuned their homemade rubs, seasonings, sauces, and techniques into award winning barbecue! Since the mid-2000s, Smokin’ Gator has catered countless charitable & private events, and are a longtime supporter of the Legal Aid Society of Palm Beach and the Arthur Marshall Foundation. Smokin’ Gator has also been the official barbecue of the Town of Lake Clarke Shores Annual BBQ for the past 10 years.

After competing in the Memphis in May BBQ Competition in 2005 & 2006, Bob and Paul decided it was time they started competing on their own and joined the Florida BBQ Association.

If you want the best BBQ in town, all you need to do is contact Smokin’ Gator! There is simply no other BBQ like it!